House Of The Seasons - Jefferson, Texas

I thought this would be my last post about Jefferson, Texas.  But since I have so much I want to share, I'll break it up in two posts.  I wish I could just publish every picture I took in and around my favorite home. But since I took about 90 pictures, that's not possible. So I'll just try to pick a few.

The highlight of my trip was being able to tour the...


HOUSE OF THE SEASONS. 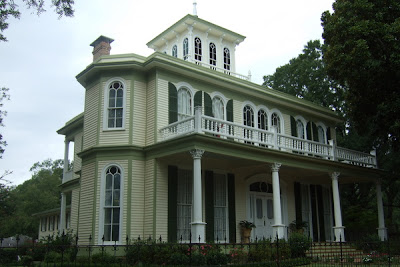 I know I will not find the right words to describe it. How about beautiful! lovely!! splendid!! gorgeous!! exquisite!! magnificent!! marvelous!! awe-inspiring!! majestic!! grand!! Can you tell I got out the thesaurus. But it's true, this house fits all these descriptive words! 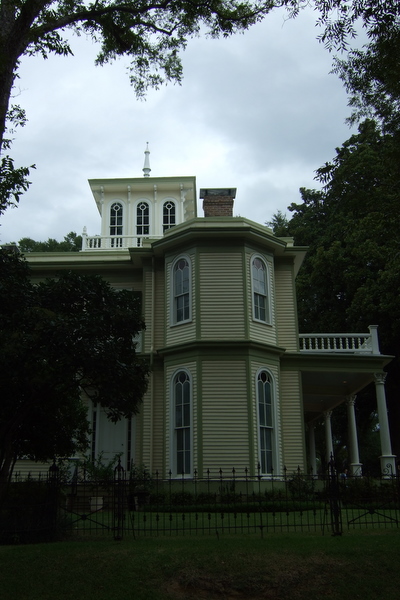 A three story house built in 1872 by Col Benjamin H. Epperson a prominent lawyer, political leader, president of the Memphis, El Paso Pacific Railroad (later the Texas and Pacific) , and confidante of Sam Houston. When he built the house, Epperson was listed as one of the wealthiest men in the state. Throughout most of its history, the House Of The Seasons has served as a residence. It has also been used as a boarding house and as the main building of Jefferson College, a World War II veterans' college.


The House is decorated to reflect the interior design fashion of the 1870s. Many pieces of furniture are original to the house, having been purchased from Miss Jeannie Epperson, Ben's daughter, in 1974. 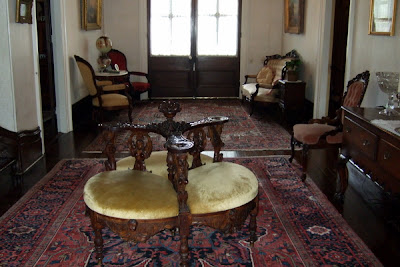 This is the front entryway hall. The piece of furniture in the center is a "flirting chair". The young lady and young gentleman would occupy two seats and the chaperon would sit in the third. It was considered a little risque because the men could see the ladies' neck. 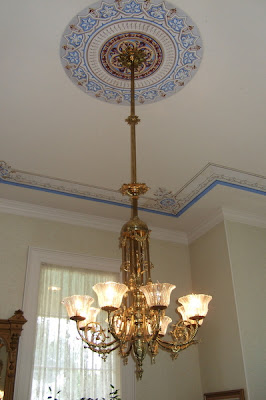 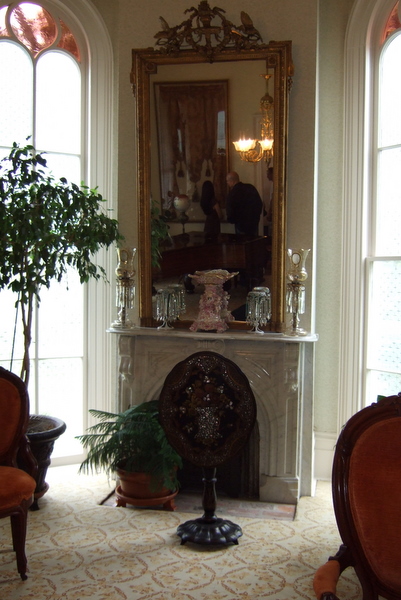 Gorgeous fireplace. The oval screen in front is metal and is beautifully finished. Bet you can't guess what's it's used for. The ladies of the time wore heavy makeup that had a lot of lead in it. If they sat too close to the fire and became too warm their makeup would run. So this screen was placed to protect their face from the heat. 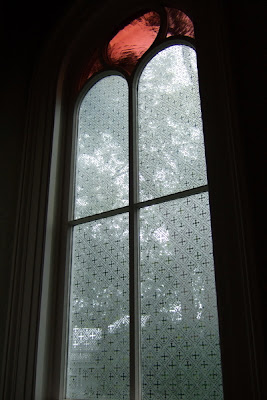 Most of the windows are original to the house. Older glass has a wavy look to it when you look out. There are many beautifully etched windows in the house. These also have stained glass at the top. 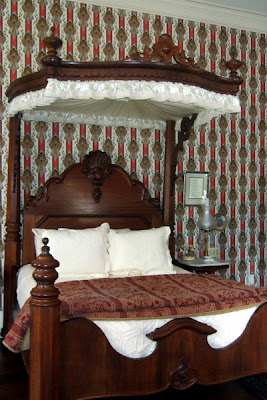 The beds in house were very short. We were told that in this time period the people were much shorter and smaller than we are today. So much beautiful furniture in every room. 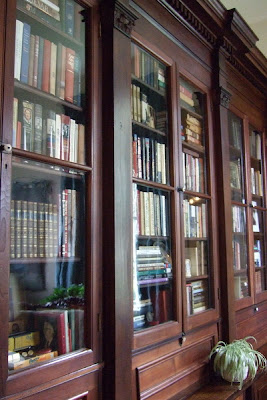 You know I like the library. It was a small room with bookshelves down one wall and a desk and chairs across from them. I could barely get of a picture, I'm standing in the hall looking in. 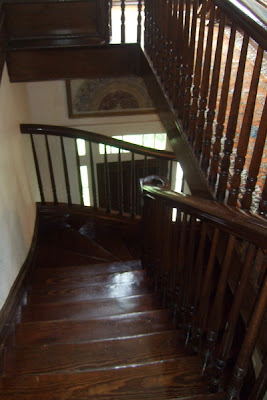 Looking down the stairs from the second floor. I wonder who walked these steps, what they were wearing, and where they were going. 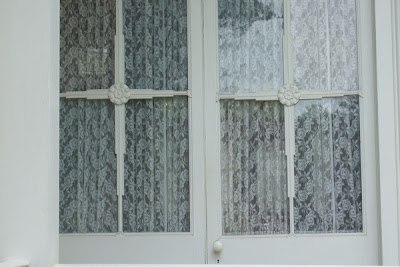 We thought this was interesting molding around these window panes on this door. What's so unusual is, that it was in the back of the house leading out to the porch.
The crowning beauty of the home coming up in my next post!!
Posted by Cathy H. at 1:35 PM

Thanks so much for stopping by!!