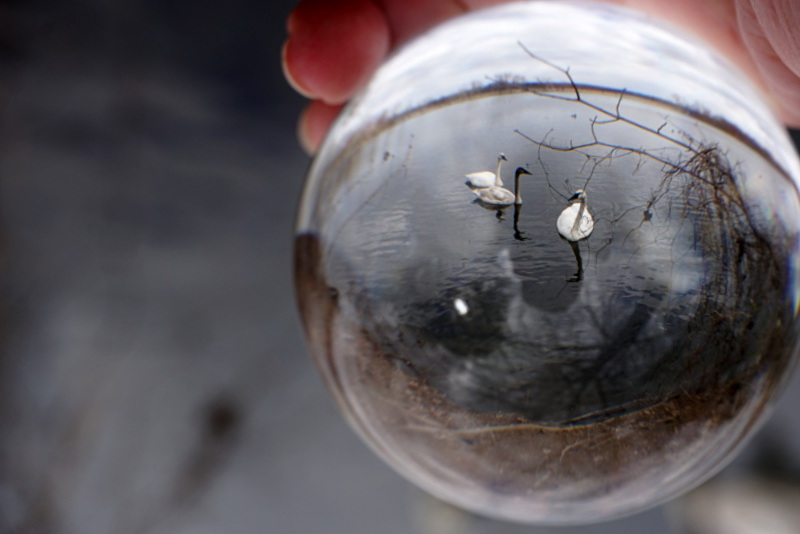 I take so many pictures each day that sometimes I get in a rut. I can't begin to count how many pictures I have of trees and mushrooms. Sometimes I need a new activity to spice up my photography. Today, over at Focusing on Life I shared a new way I'm seeing my world. Come see what I've been playing with.
Posted by Cathy H. at 7:21 AM 9 comments: 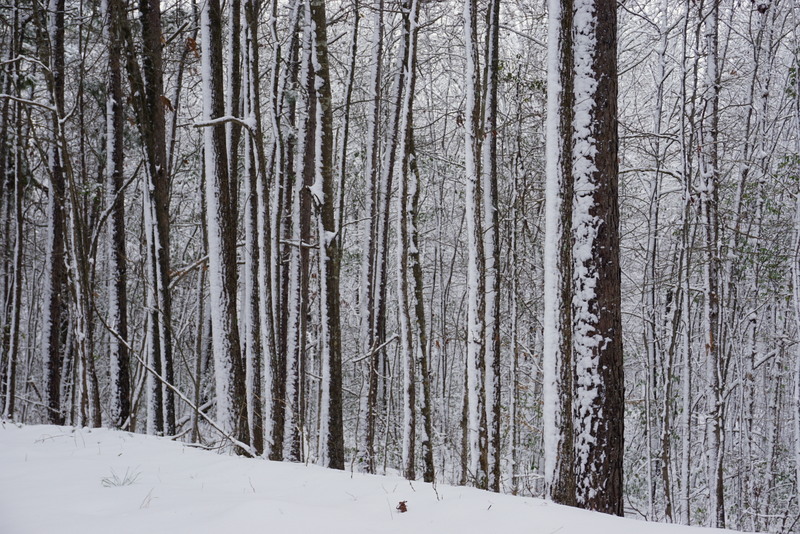 Spring is in the air, even though it's not quite time for spring.  I don't mind the beauty of spring, the flowers, the colors, the rains, the warm breezes, but I am sad that we didn't have a winter. I know many of you did. You had a rough winter with above normal snowfall. You had bone-chilling temperatures. You may have been without power and isolated in your home. Here in Arkansas, we have breezed through this winter. We only had one snowfall. It was a beautiful one, a perfect one; several inches of snow one day, roads clear the next, and life went on. I know I'm different, but, oh how I missed the snow, the cold fresh air, the rosy cheeks, and frozen fingers. This winter wasn't enough for me. I don't think I'm alone in this feeling, just in the minority. People give me strange looks when I say I love the winter months. Today, I'll think of winter one more time and put away my snow boots and heavy coat and move on. Today, I'll go outside and find some small sign of spring to cheer me up! 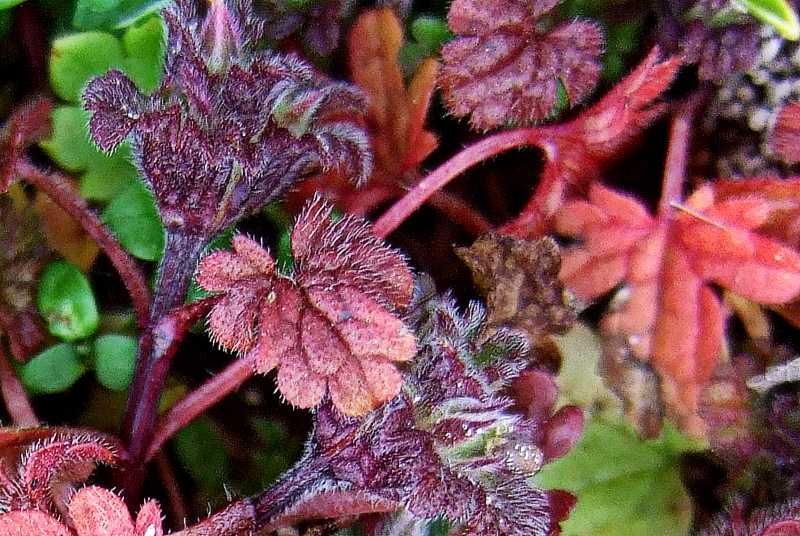 What Does The Word Mean - Part VI

"Think, think, think" is a phrase often uttered by Winnie The Pooh when he faces a puzzling problem. I've been repeating that phrase a lot lately when it comes to photographing "the solace, nourishment and underlying meaning of everyday words" from David Wythe's book, Consolations. As an avid reader I love words, but so many times I read them quickly. This book has made me stop and really think about the meanings of a word and then I have to think of a way to photograph it! Yes, there's lots of things to think about! 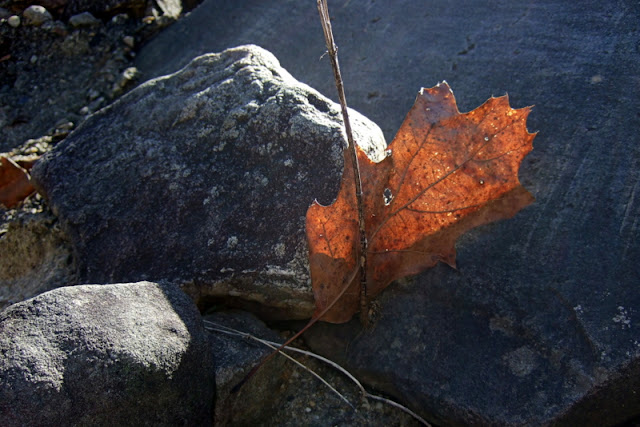 Longing is strong desire from deep within for something that is unattainable or distant. Longing can bring feelings of being trapped. Acceptance is needed when the situation cannot be changed. 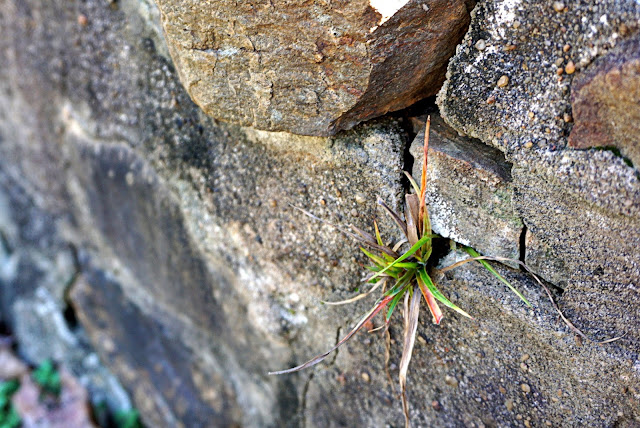 Maturity means fully developed. This is a status we earn as we "learn to live fully and equally in multiple contexts" which are our past, our present, and our future. Maturity takes work; much like this persistent little plant works to survive in a a rock wall. This plant needs three things: dirt, water, and sunlight. It can't mature without all three things and we can't develop fully without accepting our past, our present, and our future. (quote by David Whyte) 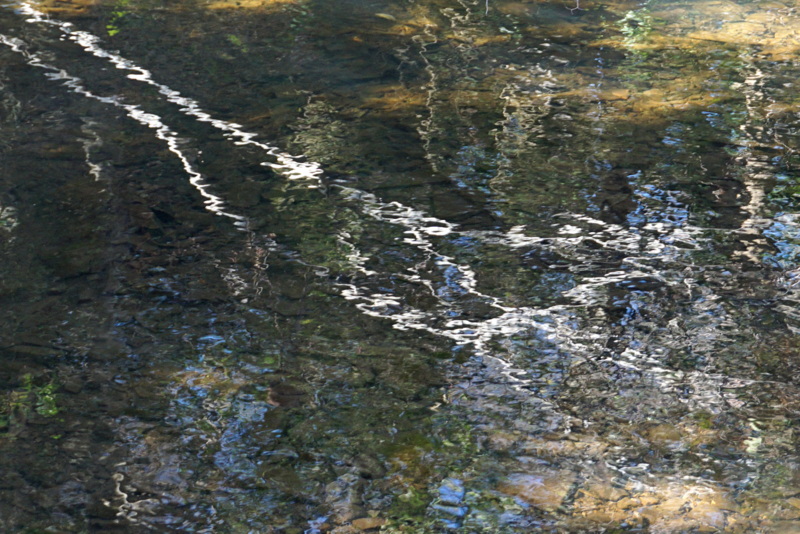 Each moment we live creates a memory. These memories are stored and lay dormant until the time we retrieve them, then they flow back into our consciousness. 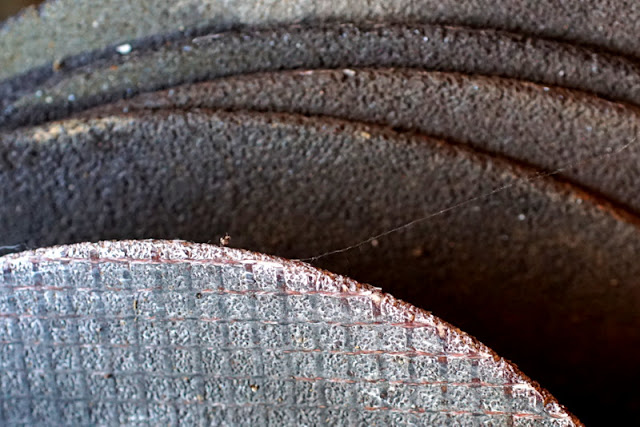 What is it?
What do you do with it?
My curiosity makes me want to identify and put a name to things, but sometimes it's better to just be captured by it's shape, color, and texture. Sometimes the mystery is better when it is not solved.

"The precision of naming
takes away from the uniqueness of seeing."
Pierre Bonnard 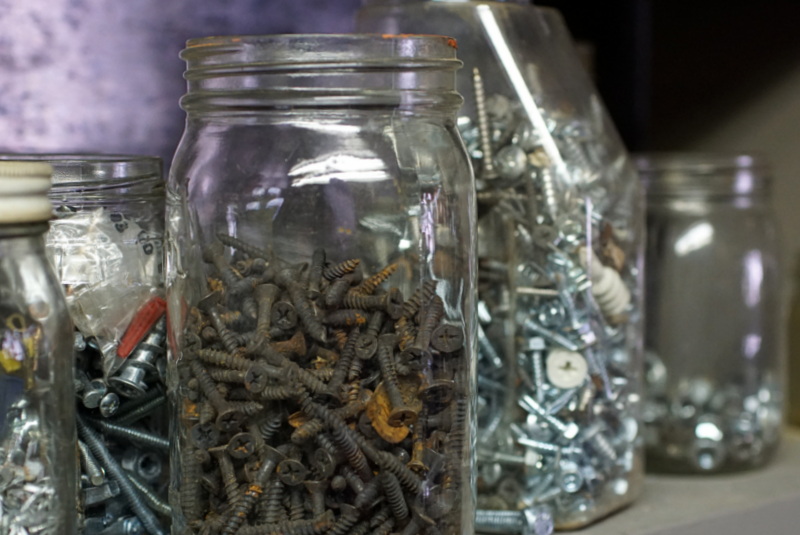 He is my father.
He was know as a Jack-of-all-trades
There was nothing he could not repair.
He kept screws, washers, and bolts.
He might need them one day.
They are now all forgotten.
He works no more.
He has Alzheimer's.


This post finally catches me up with the current word. Since I'm caught up it will be about five weeks before you see another "word" post. The five words above have been the hardest for me. Maybe my brain is getting tired to trying to picture words! I peeked ahead at the titles of the next few chapters in the book and I'm afraid they look harder than these!  I'm going to have to "think, think, think!"

In case you've recently joined me here. You can go back to this post and read about the project I'm participating in. If you are new, I'm so pleased you've stopped by!
Posted by Cathy H. at 9:32 AM 9 comments: 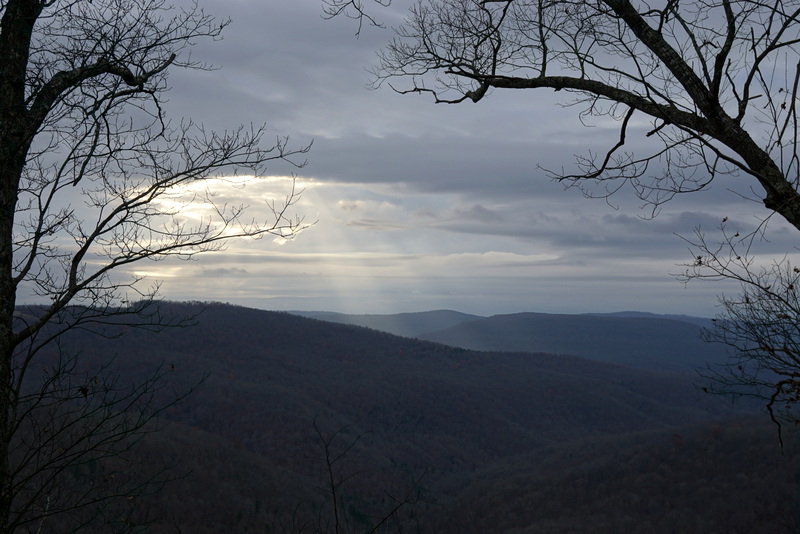 I have some exciting news.
I'm starting a new adventure.

For four years I've been following a very special blog, Focusing On Life. It's a group of eight women that collaborate together "to create a caring community for people who are passionate about photography and life." They want their blog to "be a place that will inspire, teach, nurture, support and accept one another." I'm quoting from their blog, because they say it perfectly. They are passionate, They are inspiring. They teach. They nurture and support.

Now, here's my news. I've been asked to join this wonderful group of women. I am beyond thrilled. I hope you'll hop over to their blog today where I'm posting for the first time. It's exciting and a little scary. My intent is to share my thoughts and photography just like I do here.

Go check it our right here and let me know what you think!
Posted by Cathy H. at 5:34 AM 12 comments:

A Visit To Magness Lake 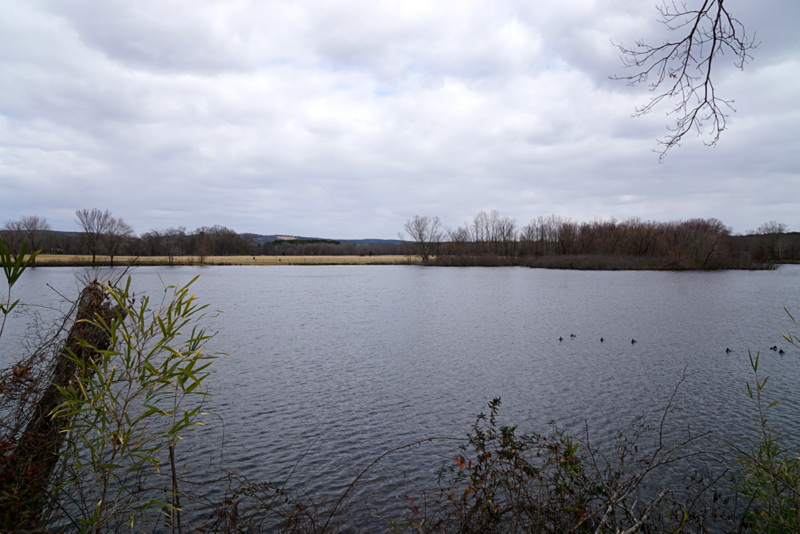 For years I've been wanting to drive to Magness Lake which is near Heber Springs, Arkansas. I always put it off. It's either too cold or the weather is bad during the three months of winter that I need to go. You see, each winter there is a most unusual occurrence at Magness Lake. Trumpeter swans arrive from the north and winter on this small bow-shaped lake. What is so unusual about that, you ask. We are The Natural State after all. Normally trumpeter swans live in the Midwest, Alaska, and even Wyoming, but never as far south as Arkansas. In 1990 three swans showed up at the lake, seemed to like it, and returned each year bringing their extended family. What began as a small group on one lake, now numbers about 500 who winter on several Arkansas lakes. 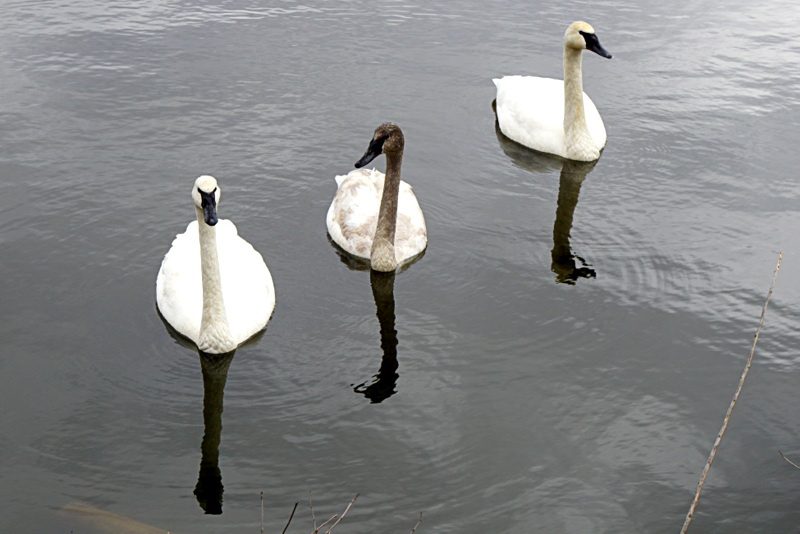 Did I see 500? NO!    100? NO!    50? NO!   Don't laugh but I waited too late in the season to go and there were only three left on the lake. I didn't do enough research and most of them had already migrated north. I was pretty disappointed that the lake wasn't covered with swans. Thank goodness for those three! I would have been VERY disappointed to travel that distance and see none. 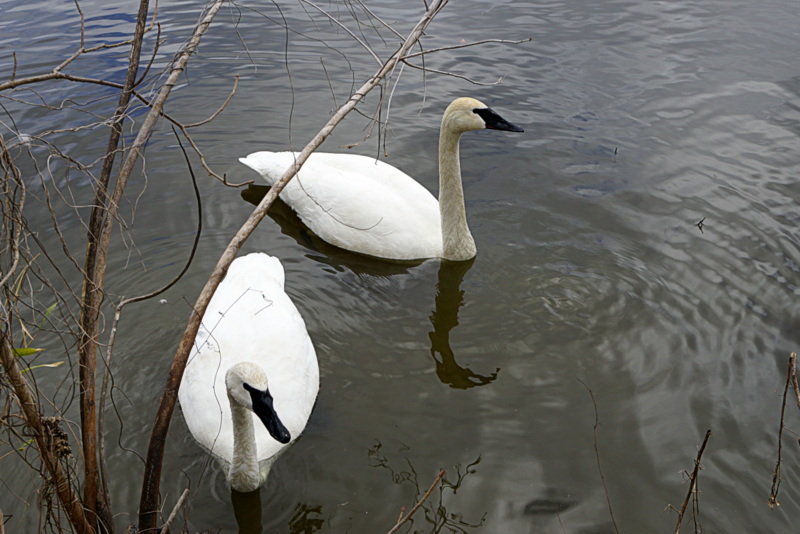 Trumpeter swans are massive, the largest waterfowl species native to North America. They weigh about thirty pounds with up to an eight-foot wingspan. The adult birds are solid white, except for their beaks and feet. The younger ones are gray in color. 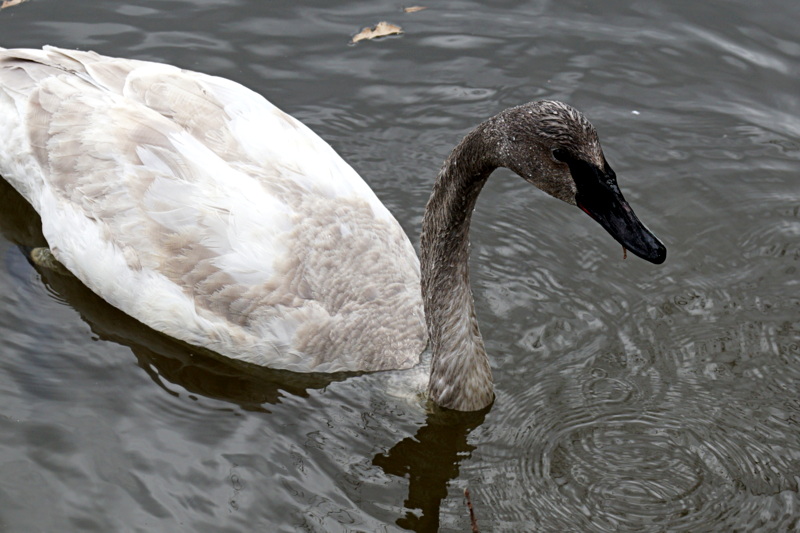 The whole time I was there dad kept a vigilant watch over the young one and the mother. I wondered if dad was waiting until the younger one was a little stronger before heading north. 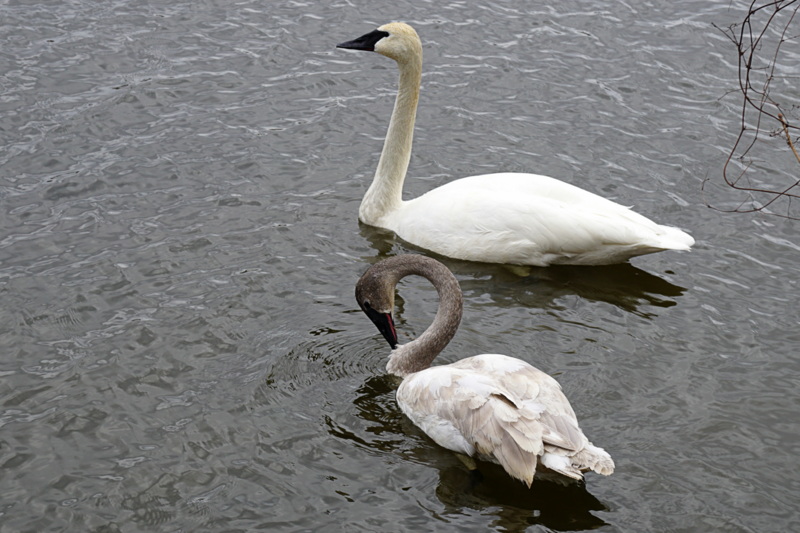 Mom and youngster spent most of their time feeding, but not dad. I only saw him duck below the water one time for a bite too eat! 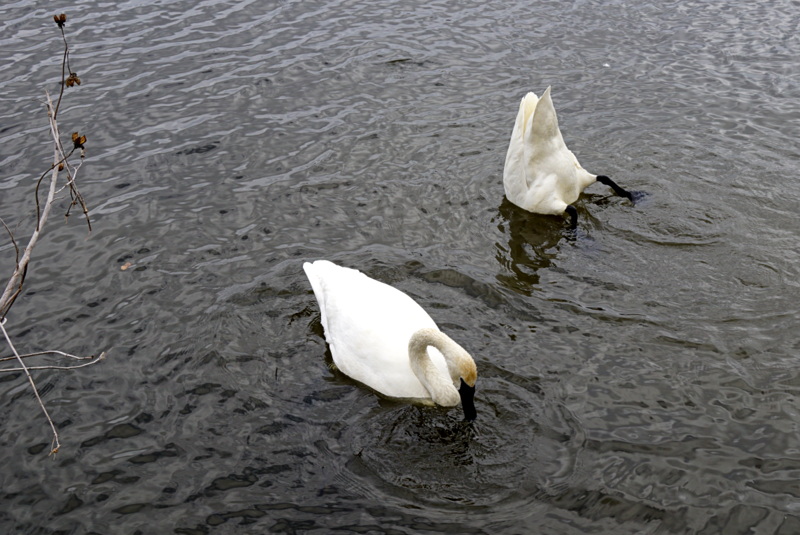 I kind of felt sorry for the other waterfowl on the lake. There were hundreds of them, but they just didn't get the attention of the swans. For one thing, they were small and stayed a little further out. I don't know much about water fowl, but I believe these are ring-necked ducks. 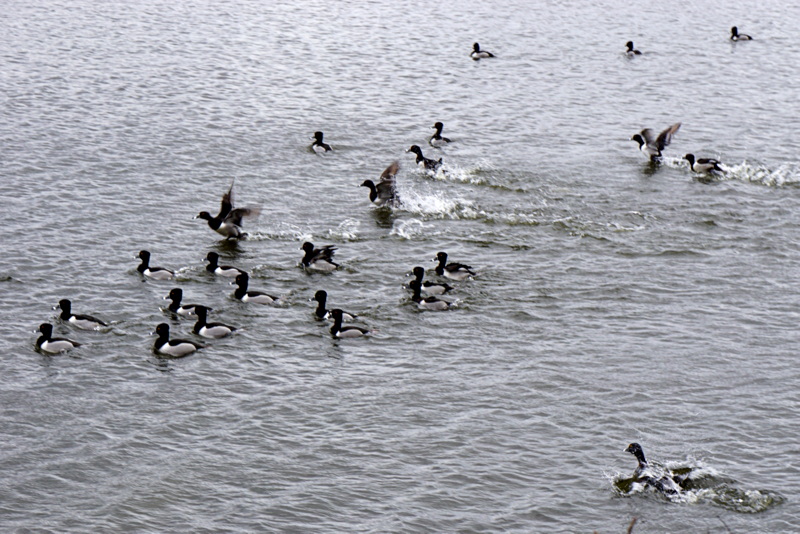 I spent quite a bit of time there; watching the swans and taking way too many photos that I now have to sort through! Although it was very windy and cold, it was peaceful. Honestly, what could be more peaceful than watching graceful waterfowl on a beautiful lake. I have made a note to myself on my calendar to go see the swans in November, December or January, not February. I want to see a lake full of them next time.
Posted by Cathy H. at 4:51 PM 9 comments:

What Does The Word Mean? - Part V

The challenge goes on. The challenge to photograph "the solace, nourishment and underlying meaning of everyday words" using David Wythe's book, Consolations. We're now over halfway through the book and it seems to me that the words in the last half are harder to photograph. 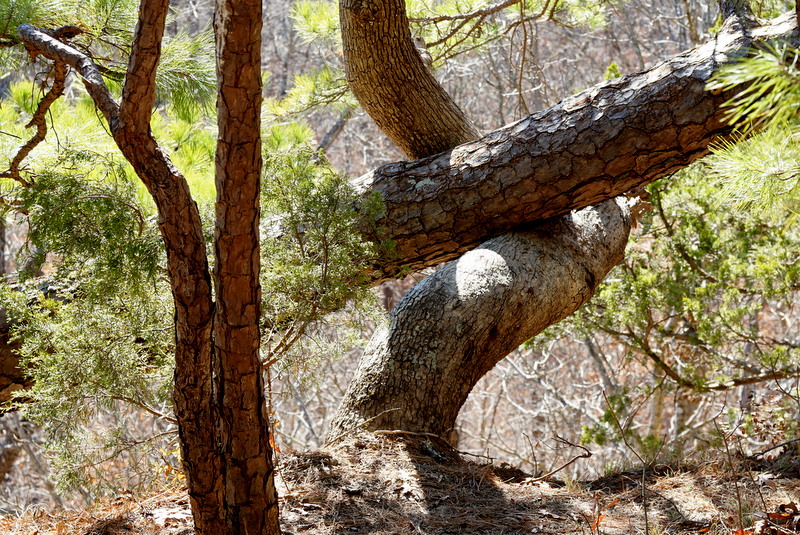 Although I find it difficult to ask for and accept help, there are times that I need someone to hold me up and support me through the tough times. 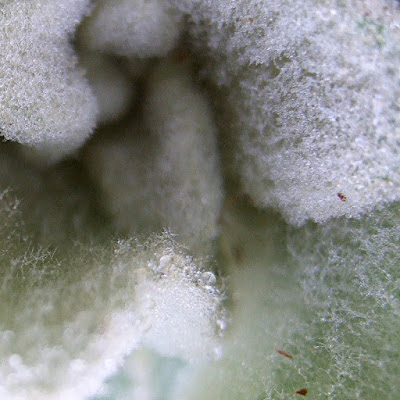 There's a part of my heart where I can keep hidden things; secret delights and bits of joy that can be brought out when their comfort is needed. I found this little heart in the center of a plant, a Lamb's Ear. 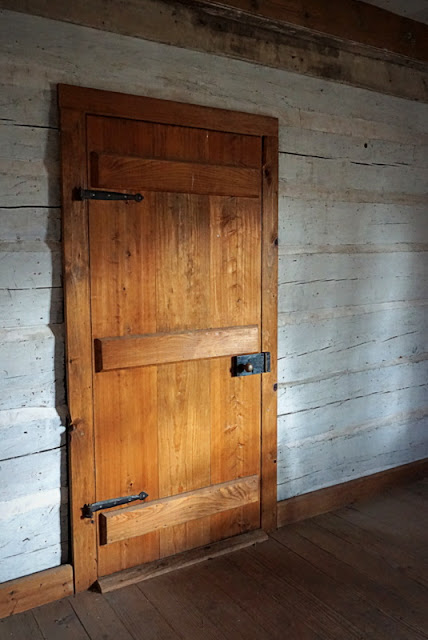 "The ability to speak the truth is as much the ability to describe what it is like to stand in trepidation at this door, as it is to actually go through it and become that beautifully honest spiritual warrior, equal to all circumstances, we would like to become."  ~ David Whyte

I stand at the door.
Do I open it? 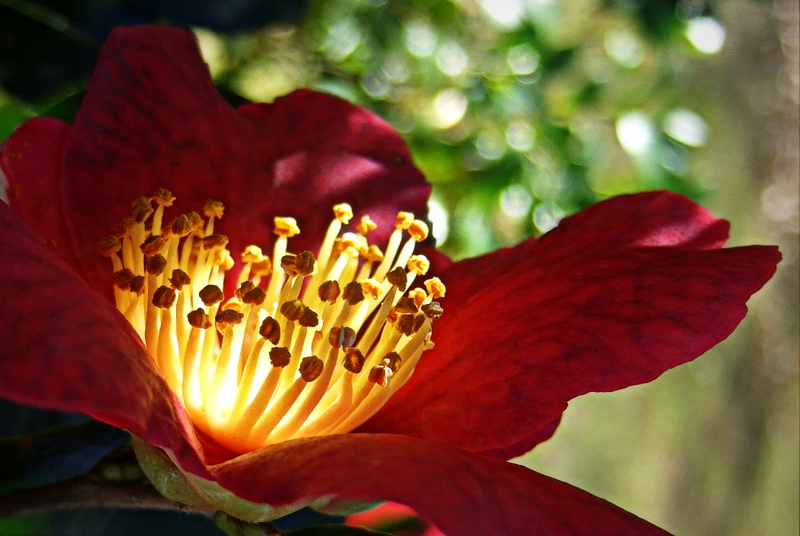 Joy is an inner feeling of rejoicing. True joy comes from above: from a God who desires that we find joy, happiness, peace, and purpose in Him. 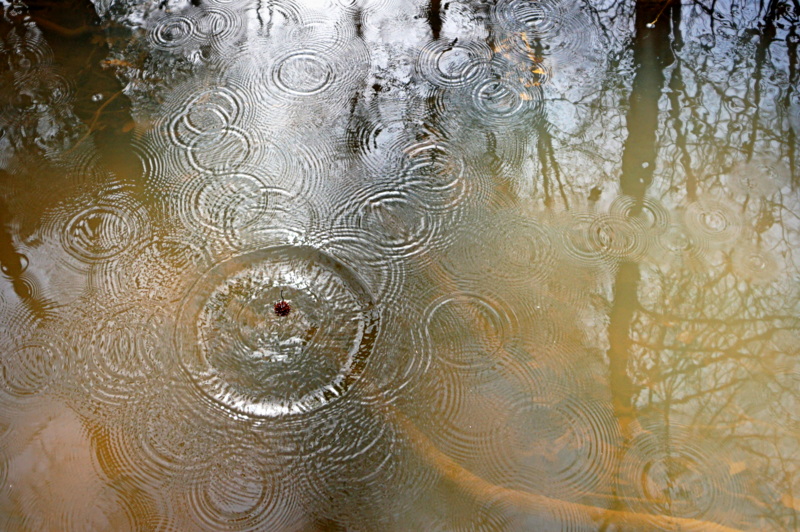 I rarely feel loneliness. When I do it is usually when I'm surrounded by others. I quietly stand alone with conversations, friendships, and good times circling around me. I am too shy and insecure to reach our and to participate. I wonder how many doors I've shut on friendships, encouragement, and inspiration because I keep to myself and lack the courage to join in with others

"Solitude is pleasant.
Loneliness is not."
~ Anna Neagle

Which to you prefer?