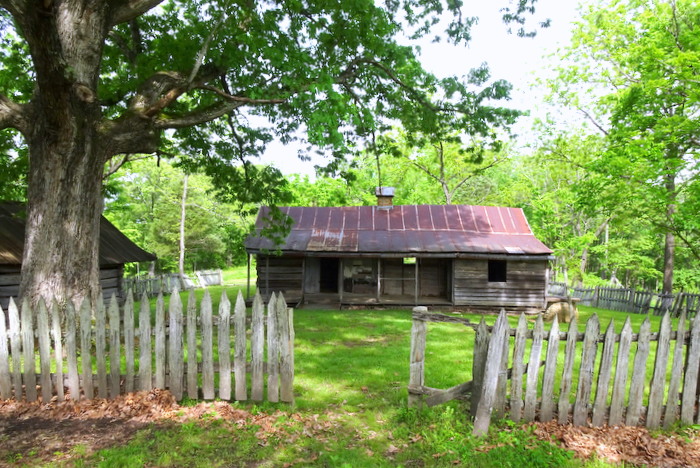 I love to wander the beautiful state of Arkansas. There is still so very much I haven't seen and done. Sometimes when I'm not really in a big rush to get home, I wander different routes looking for anything that catches my attention. Yesterday was one of those times. I had all day to return home from visiting with my daughter and her family. It's normally about a three hour trip . . . it took me eight hours!! I was just wandering along, stopping when I wanted. I spotted a sign right after I crossed the Buffalo River directing me to the Tyler Bend Recreation area which is part of the National Park Service. The visitor center sits on top of a bluff overlooking the river, but due to many tall trees you can't actually see the river. I asked the ranger if there was a trail nearby that I could hike to view the river. There was . . . right past the Collier homestead. Sounded perfect for me. 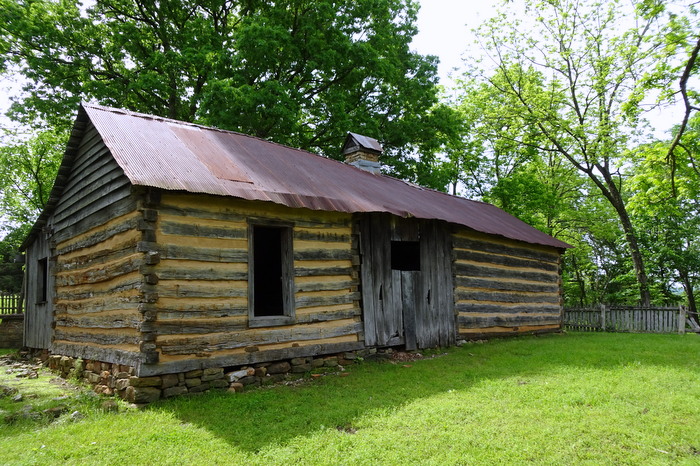 In 1928 The Solomon "Sod" Collier family took advantage of the Homestead Act of 1862. Families could receive title to their own property in exchange for improvements to the land. Sod, his wife Ida Mae and four of their seven children left Kentucky in a pickup truck headed for Arkansas. He only had fifteen cents in his pocket, but he had hope for the future. They arrived in cold February. Sod built a small shed for them to live in while their cabin was being built. In the picture below you can see that shed which probably wasn't 12' square!  I don't know how they lived cramped in that shed, although I guess body heat kept them warm! 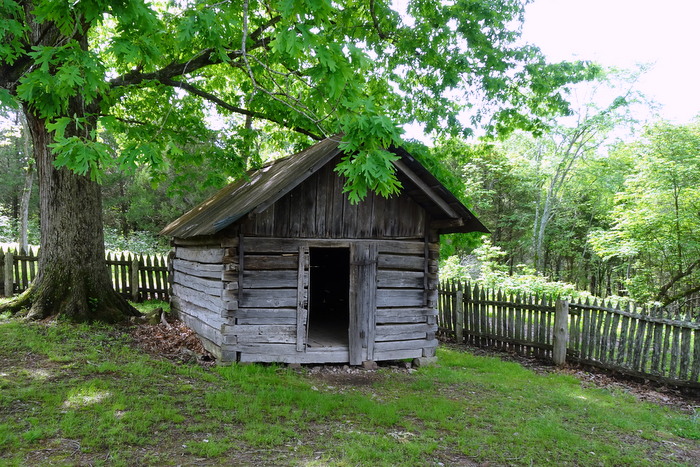 Collier built his log cabin and evidently added on to it through the years. The side of the home shows the original log walls. I don't know for sure, but it looked like it began as a dogtrot house. A dogtrot house is a one-story home, traditionally a log cabin, with a large hallway or breezeway through the center of the house. One side is usually for sleeping and the other for living and cooking. 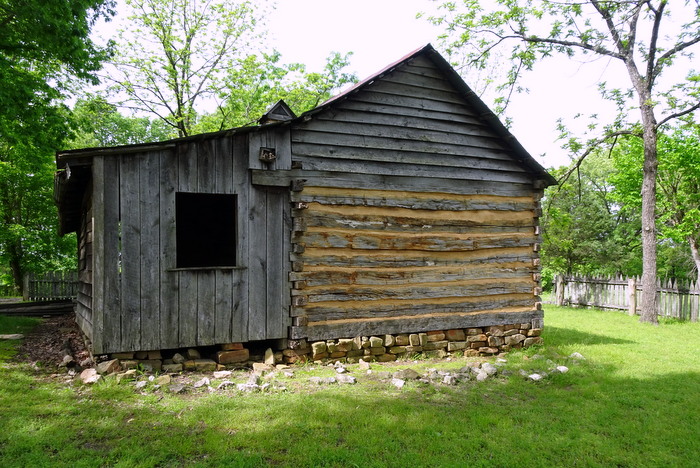 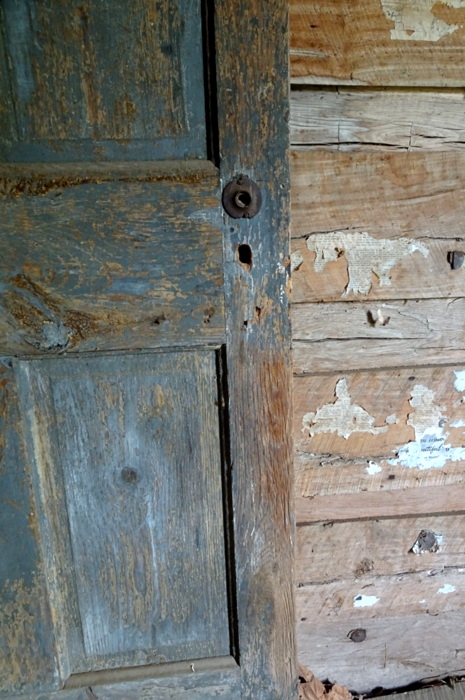 The worn plank floors creaked and moaned as I walked across them. 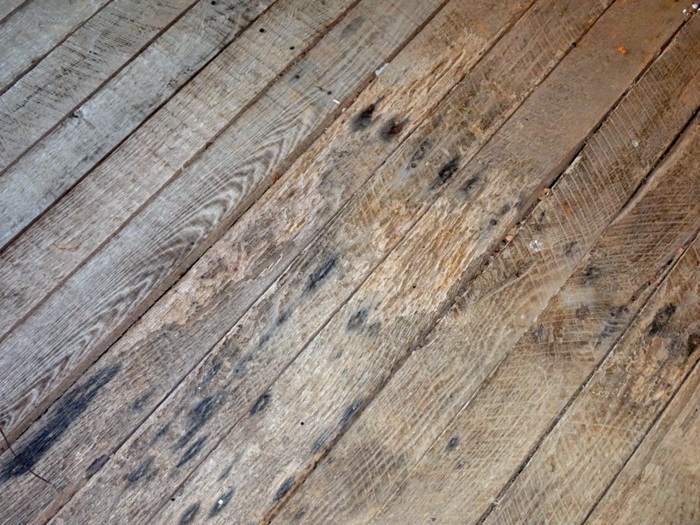 The windows let the breeze flow through. 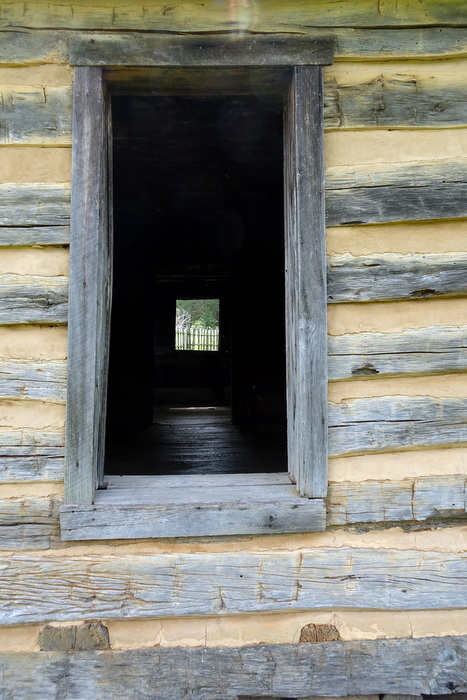 I think the Colliers were a well-read family. I saw many scraps of magazines and newspapers that had been nailed to the walls probably offering a little insulation against the heat and cold. 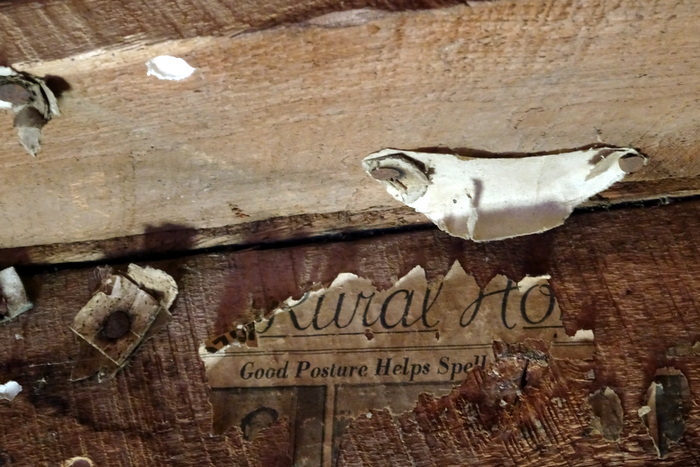 There were also scraps of wallpaper still clinging to the walls. 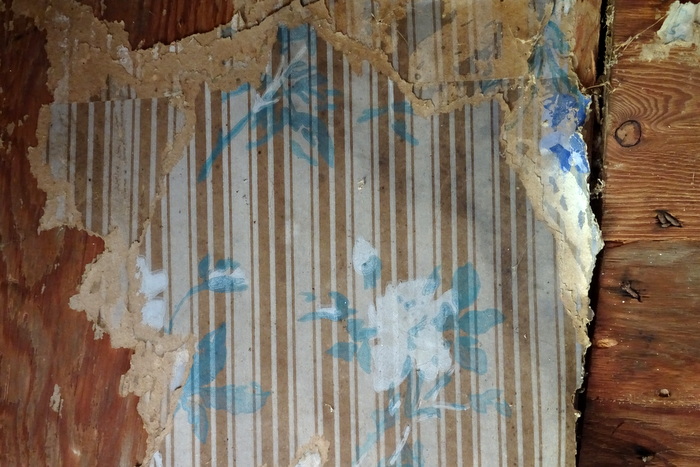 By 1937 the Collier family had improved the land enough to become its rightful owners. The Colliers lived on their small farm until 1962, never installing electricity or indoor plumbing. I can't even begin to imagine life without those amenities! 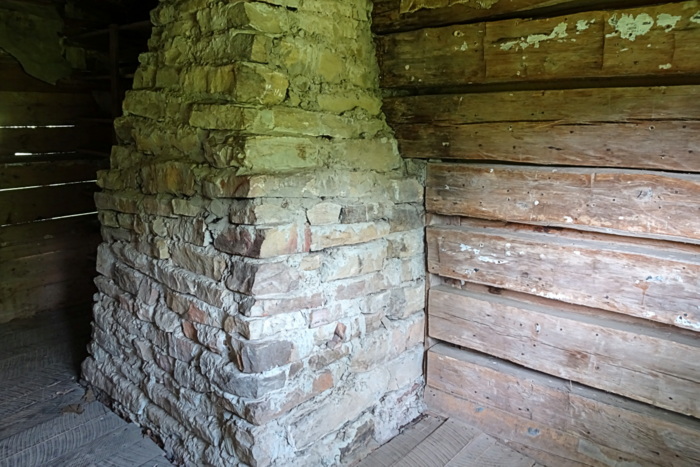 Now that I'd spent some time looking and photographing the homestead, I was ready to follow the trail to an overlook above the Buffalo River. It was a nice walk filled with the sight of many wildflowers and the  sound of birds singing. 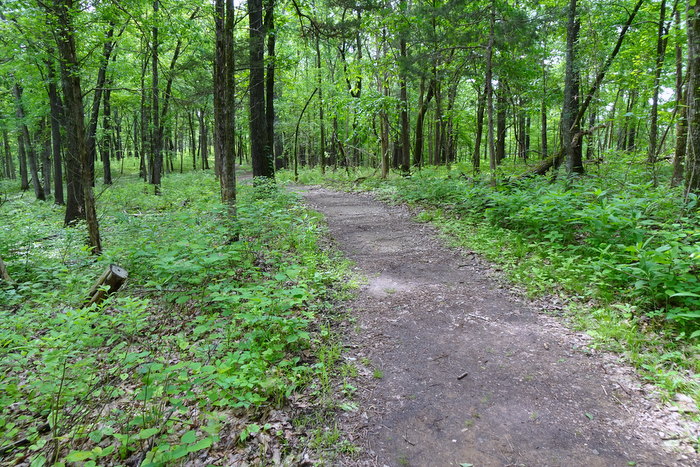 The view was beautiful, even though the recent heavy rains that made the Buffalo River very muddy! I was told that this area of the river is usually very clear. 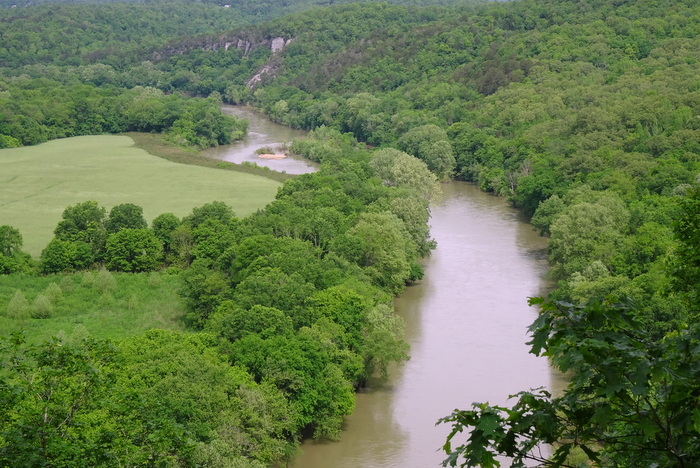 I don't think I've ever been disappointed when I take a side trip just following my nose!
There's always something wonderful to see!

"You just have to live and
life will give you pictures."
~ Henri Cartier Bresson