A Peak At Spring 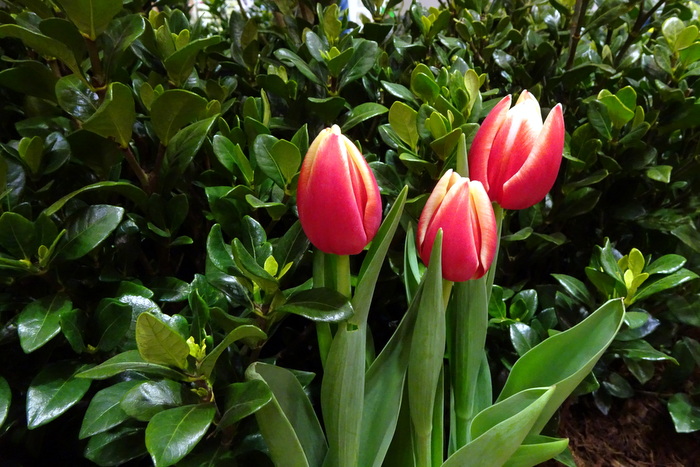 Are you ready for spring?
To be honest, I'm not!
I want a little more winter weather.
I want to stand at the window with
a cup of hot chocolate
and watch fat snowflakes
accumuplating on the ground.

All that being said, I did enjoy a touch of spring recently.
I went to the Arkansas Garden Show
where spring flowers and garden supplies were plentiful. 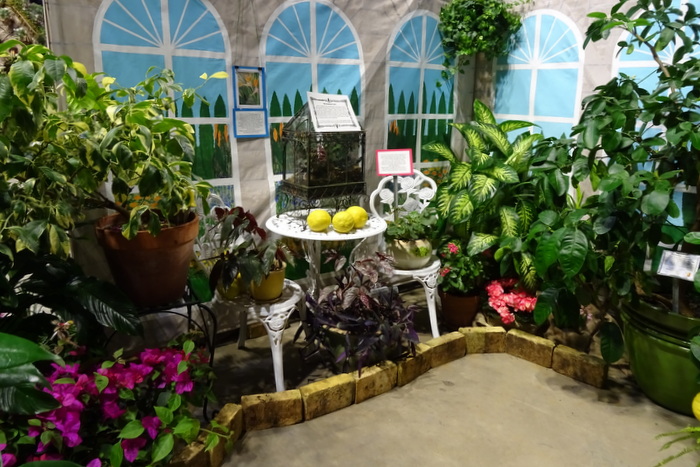 The flowers were lovely, but the smells were amazing! 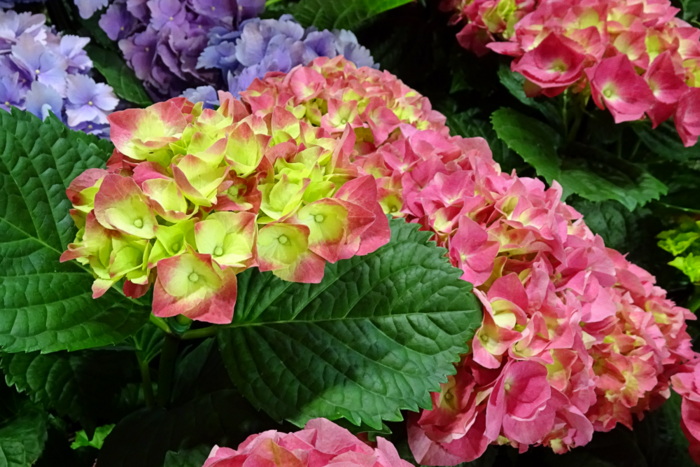 Tulips were one of the most popular flowers at the show. There were so many different colors. 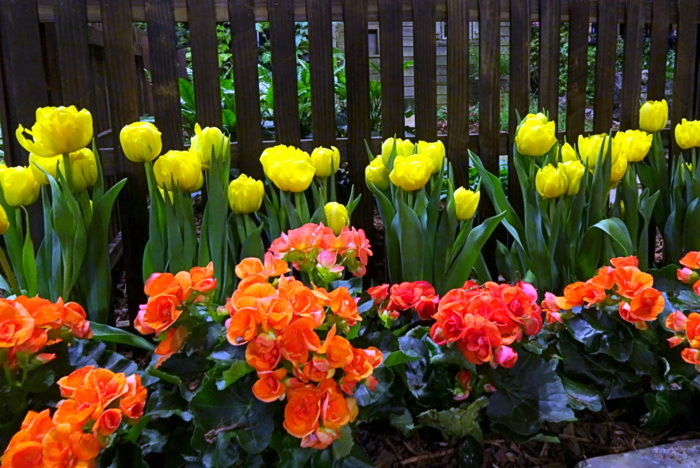 Behind the fence and flowers in the above photo sat this little rustic shed. What a great place to store all those gardening supplies. 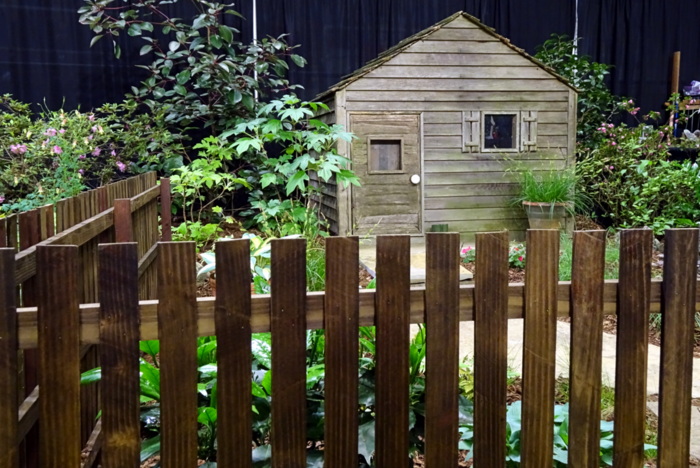 There were some pretty fountains displayed. I loved this one with the blue light. The sound of the water was very peaceful even in a building filled with noisy people! 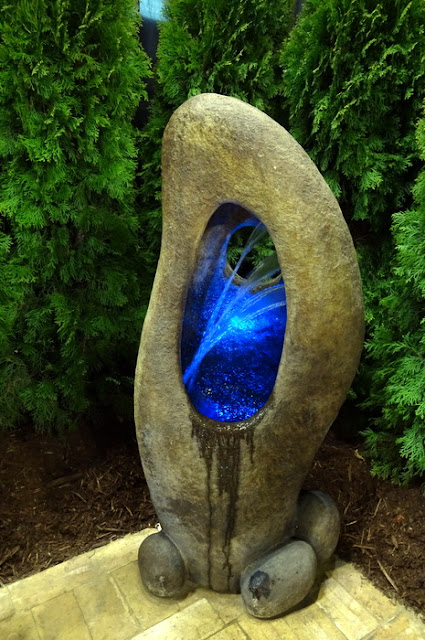 This is a more modern fountain, but what made me smile were the two men on the right. One walking along carrying his wife's bags and the other standing beside a rolling cart his wife is probably filling up. Also notice the enormous hanging planter near the top of the picture. I'm no good a guessing, but I'd say it was at least 6 to 9 feet wide and at least that tall. Like I said . . . enormous! 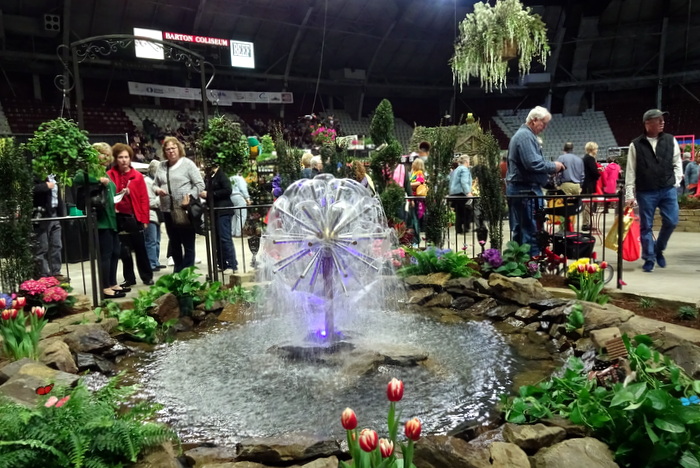 The most fascinating garden display was designed by P. Allen Smith who is known as one of America's most talented garden designers. The details on the cottage were simply amazing, from the pots hanging on the sides to the flower covered roof. 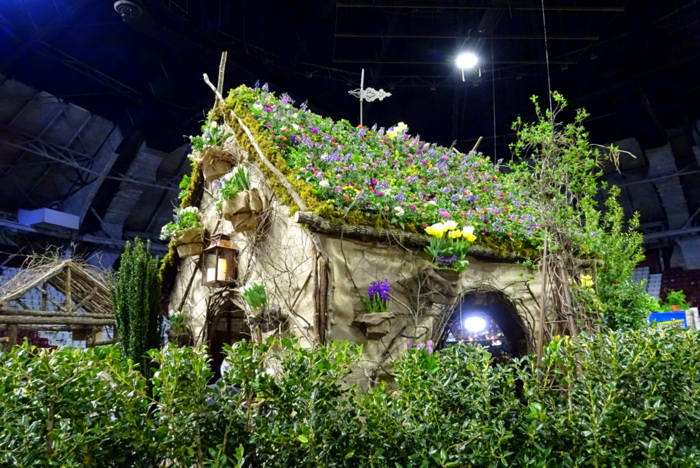 Inside the cottage was a bench where you could sit and watch these cool chickens. 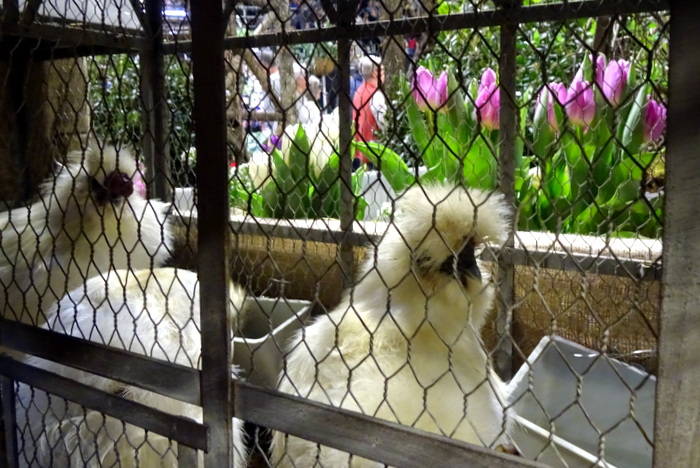 I hoped to get a better picture of the whole cottage from a high position, but there were just too many displays and too many people. Needless to say, it was pretty impressive! 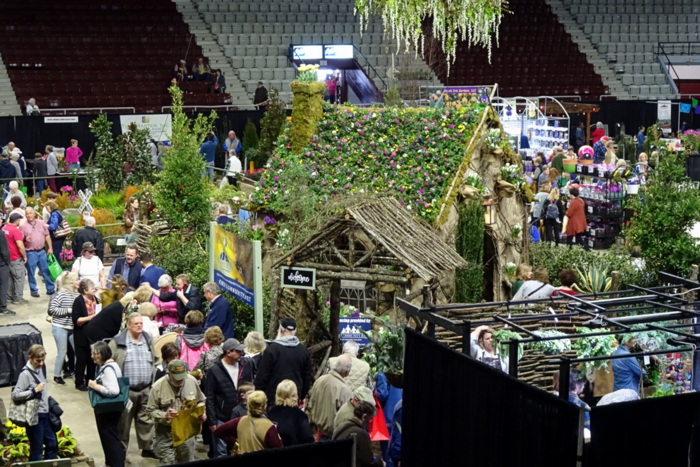 One of my favorite displays was the garden railroad. At least three trains were running and one delivery truck. It was a large display with several themes. The section shown in the photo below was very different. It had an outer space look to it with flying saucers, twinkle lights, and this strange garden person with a bowl full of flowers for its head. 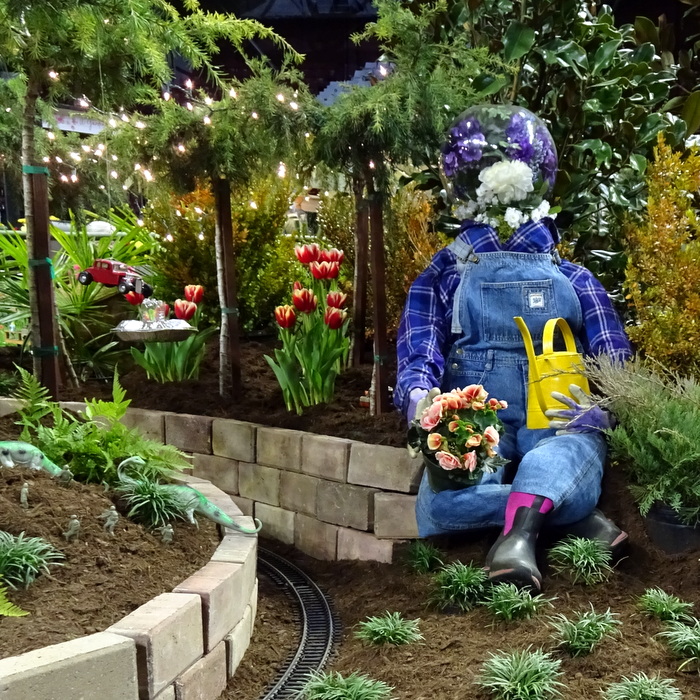 I loved the vintage car and camper parked near the tracks. 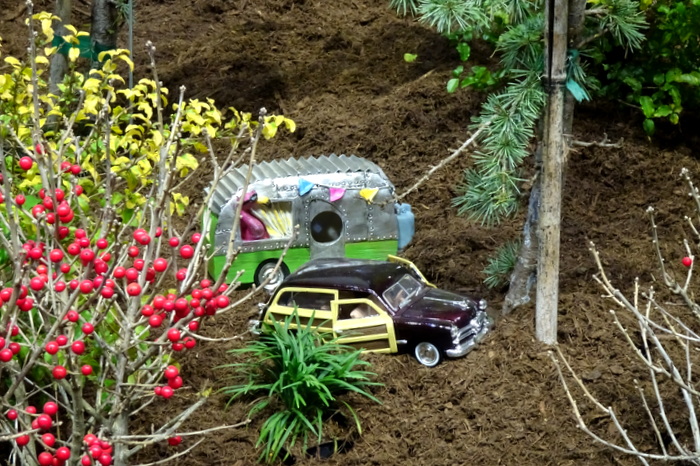 A garden railroad would be such fun! I would love to have one where I could run trains with my grandsons, but I'm afraid that hobby is a little too expensive for me. 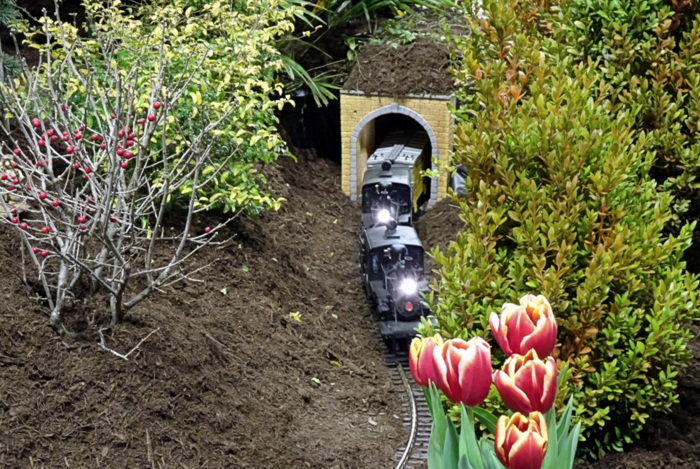 I hope you enjoyed going to the garden show with me.
There were a lot of people there, but everyone seemed to be smiling.
Spring is such a happy time!